Though a local church, concerned to live out our faith where we are, we are also excited about the fact that we belong to a world-wide family.  We love to engage with God's people all over the globe, in a variety of different ways, especially to encourage the building of the God's kingdom among the poor and the marginalised.

For several years now we have had a link with a church in Valea Lui Mihai, North-Western Romania, 5km from the Hungarian border.  We regularly visit, running children's holiday clubs in the summer and, most recently, by sending a team out to help in the setting up or pre-school education.  We have also supported the Church there in the building of an ambitious new premises. 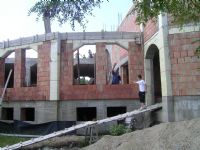 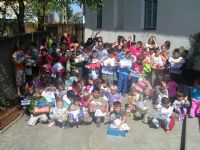 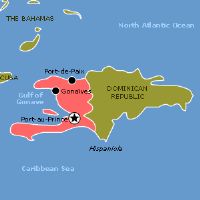 Since 2005, when one of the young people of the church provided hospitality for a Haitian pastor visiting the UK, we have been involved in the setting up of a charity to help finance a new hospital in the northern part of this very poor country.  A first visit took place in Dec. 2005 and another, which refurbished and opened a new clinic, in Oct. 2006. The opening of a respite home for children with disabilities followed. Since the earthquake in 2010 a cholera treatment centre, spinal rehab unit and a maternity and paediatric unit have also been added 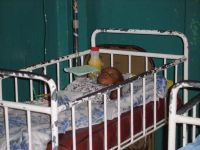 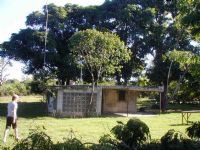 We are committed supporters of BMS World Mission, formerly the Baptist Missionary Society, the longest serving missionary agency in the world.  Our particular link missionaries are Paul & Sarah Brown, who work with 'Nightlight'  in Bangkok. You can follow their work at their website/blog here.

Another agency suppoted, long term, by the church at Coney Hill is OMF International.  In particular, the work, among students and others in Taiwan, of Martin and Angela Symonds. 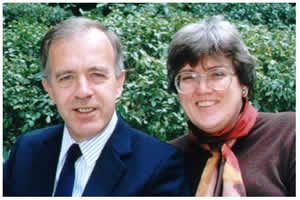 Closer to home, but still representing an opportunity to engage in World-Wide Mission on our doorstep, London City Mission is also a cause which we support in a variety of ways. Not least by our popular annual 'Toy Service' on the first Sunday of December each year.